“Ramee Ocean” is a rowing race across the Atlantic ocean from Senegal in Africa to French Guiana in South America. This is a solo crossing of the ocean with neither stopping nor assistance.

About twenty people cross the starting line, seeking to achieve an extraordinary adventure, with the objective to connect two continents with the strength of the arms. 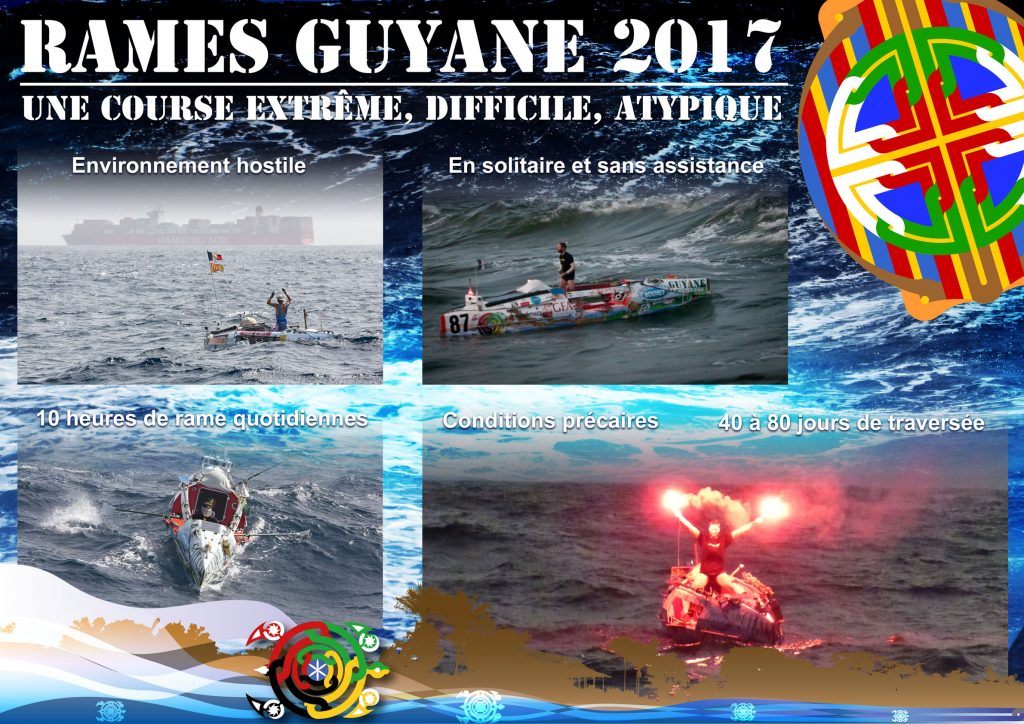 The race is organised by a French association : Rame Ocean. It oversees the logistics and facilitates the event.

The race has a distance of about 4800 kilometers (2600 nautical miles) and over 1 million oar strokes!

It takes 2 years to prepare such a great adventure with total investment of the skipper and his team including: sponsoring, communication, boat refurbishment, physical training, tactical preparation and routing… 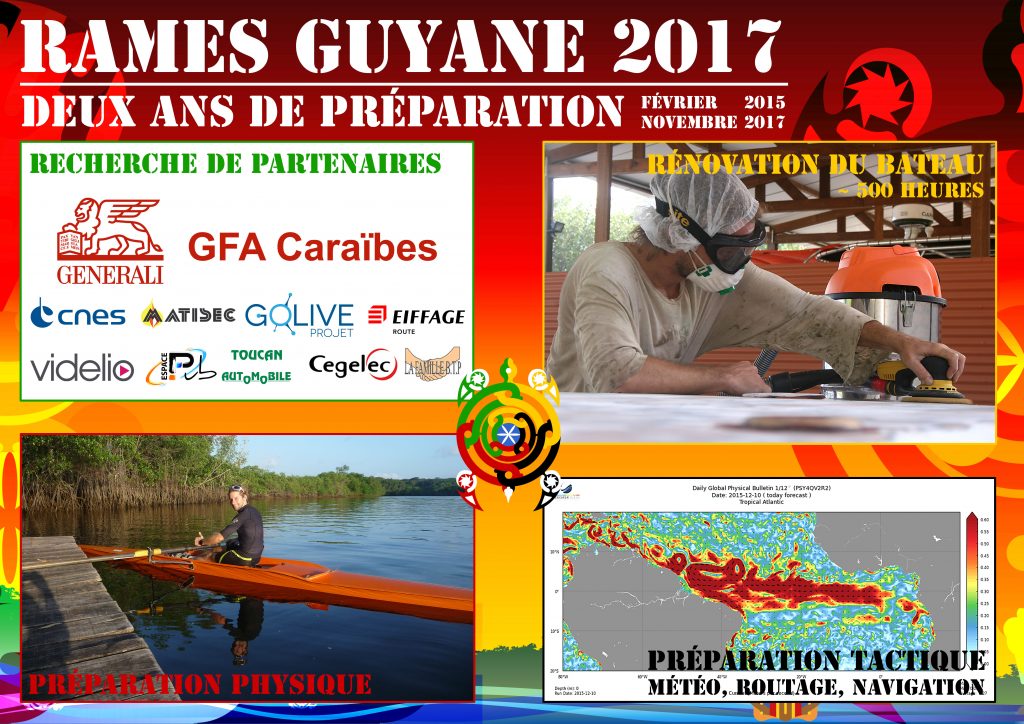